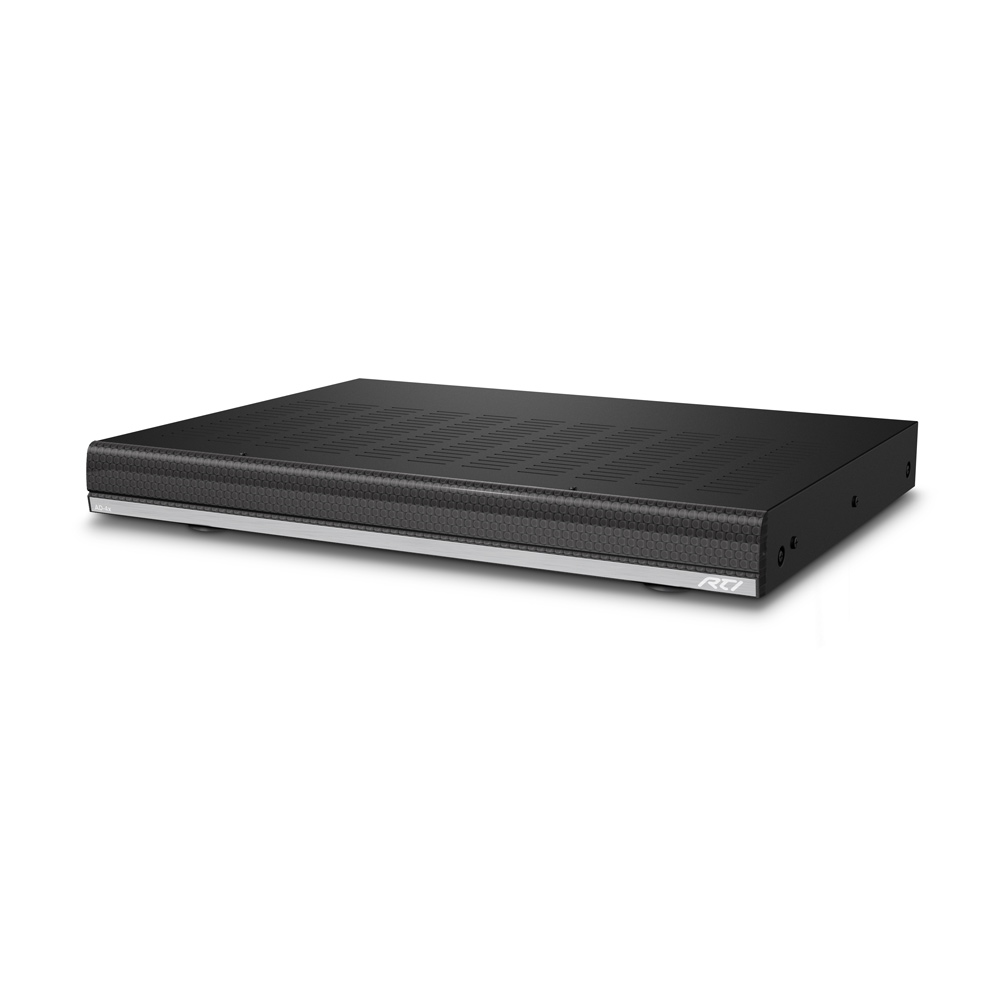 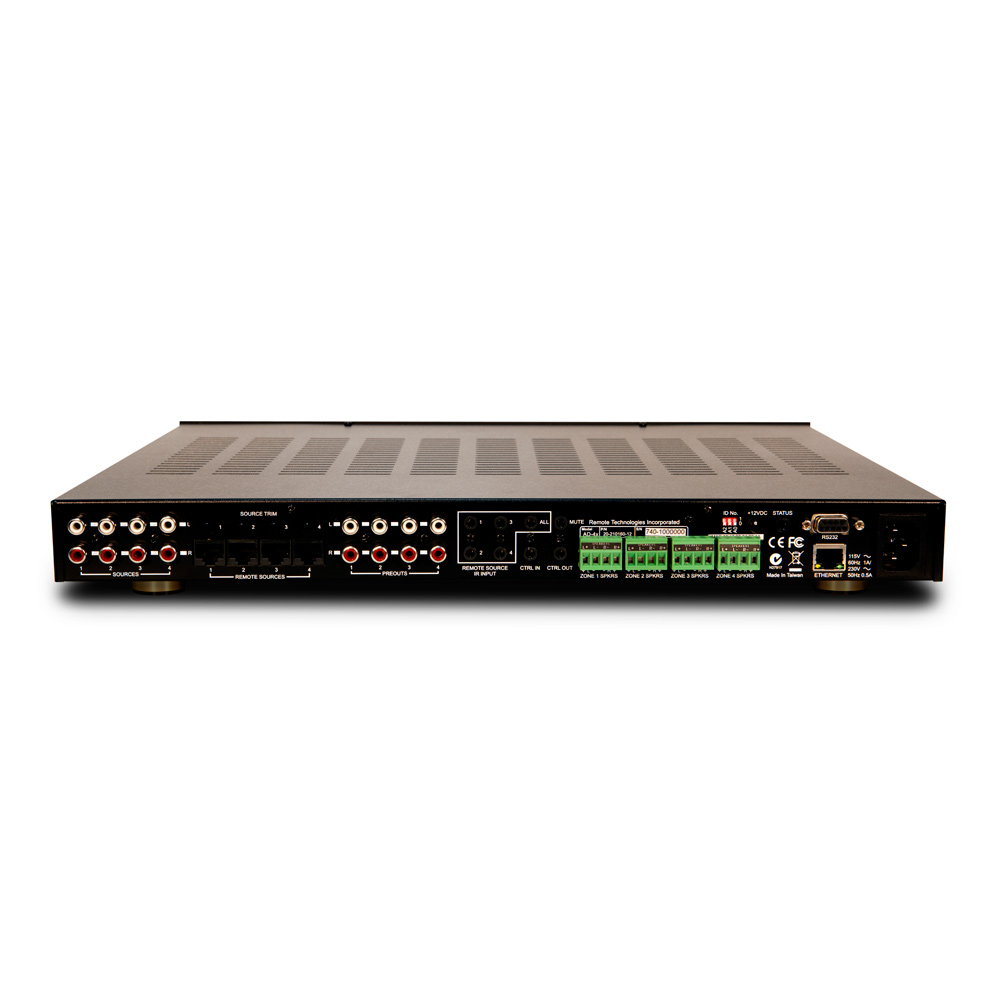 Let the music move you with the AD-4x audio distribution system from RTI. Go to the exercise room to summon your iPod®, listen to broadcast radio in the kitchen, internet radio in the backyard, and a CD in the living room - all at the same time. This compact audio distribution system contains both a matrix switching pre-amp and a built-in power amplifier. The four local source inputs can be augmented with four remote source inputs, making it easy to listen to music from your kitchen iPod dock or office PC.

The second generation of the AD-4 audio distribution system, the AD-4x has added powerful new features, providing more flexibility and quicker installations. Now with pre-outs for each zone, a separate amplifier may be added for additional power and speakers where needed. The addition of Ethernet support allows two-way control via the LAN, while a web interface allows the AD-4x output zones to be tested during installation via a web browser on a smartphone, tablet or PC. This web interface is also used to configure output zones into groups, allowing them to be controlled as a single zone.

The AD-4x audio distribution system is designed to be a seamless extension of an RTI control system. The AD-4x provides the audio switching, amplification and distribution functions, while RTI central processors and user interfaces manage the audio source control, user input and status feedback. Information such as the selected source, volume level, and tone control settings are available for each zone. Depending on the source equipment used, more advanced information such as song playlists, cover art, and tuner RDS data may also be available. Of course with RTI control systems, audio is just the beginning.

Imagine every aspect of your environment working in complete harmony ‐ from audio and video, to lighting, temperature and more. Such scenarios are only made possible from an audio distribution system backed by a real, professional grade control system. Thanks to the efficient engineering that defines the AD-4x, there is no reason to limit yourself to a system that was designed only for music with RTI so much more is possible.

All features and specifications subject to change without notice.