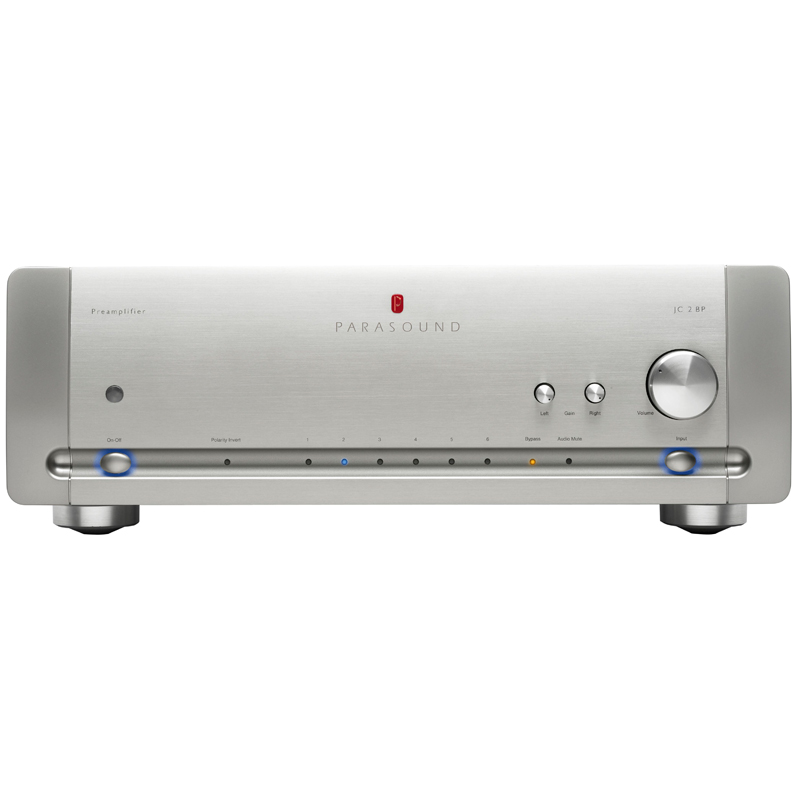 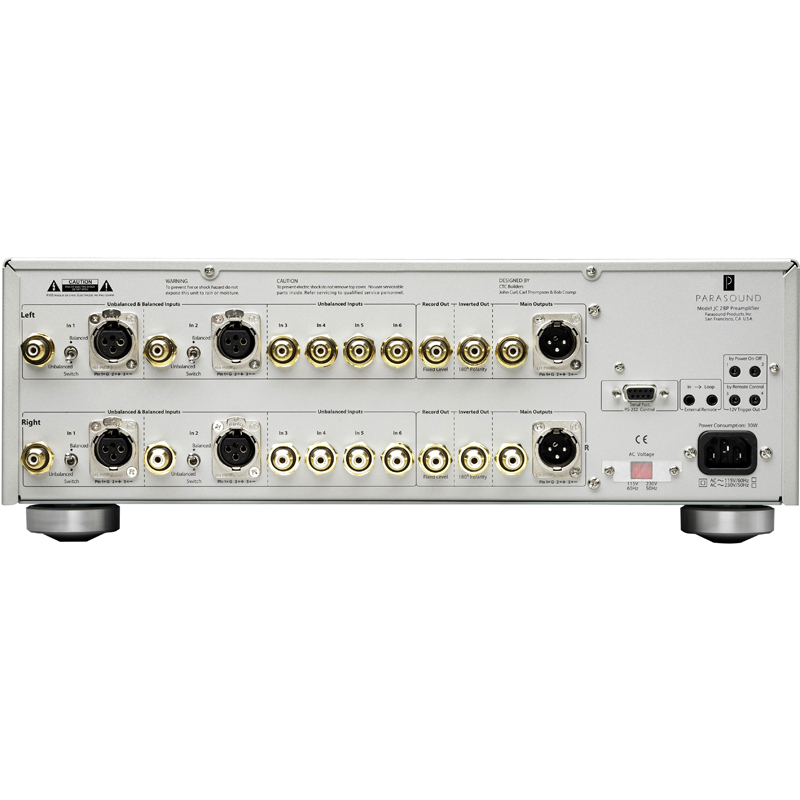 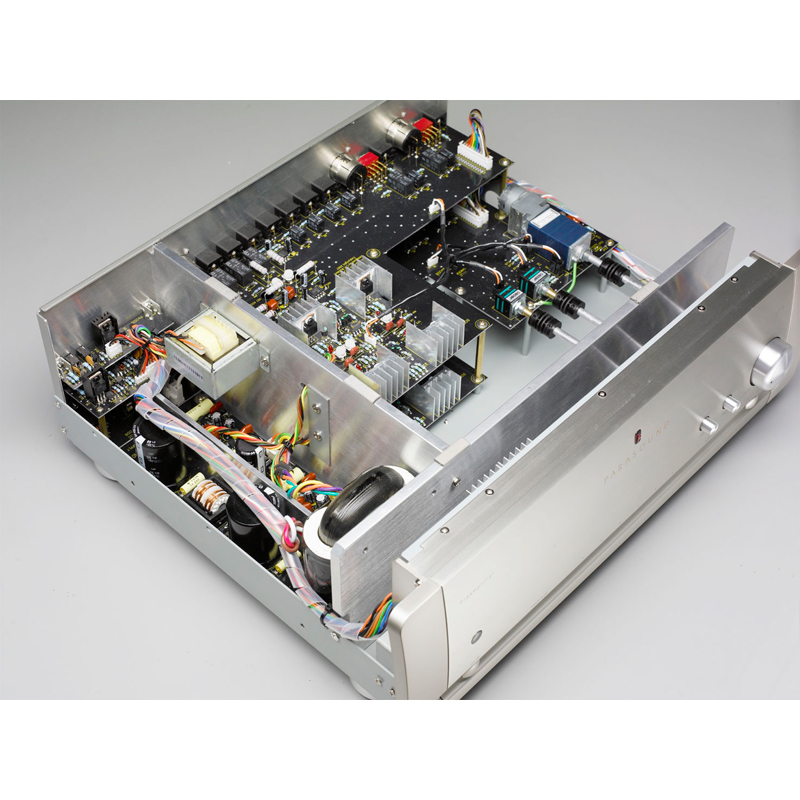 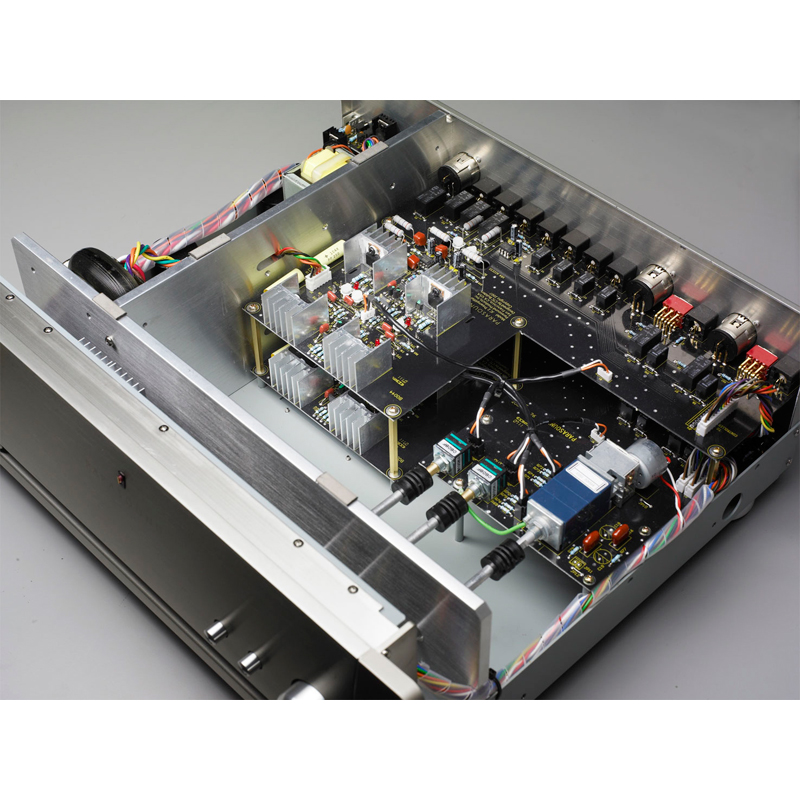 With the ever growing interest in home cinema/theatre and the desire not to compromise on sound quality, especially for those systems where the front left and right channels require to be used in high end home cinema systems with capability to have the best stereo reproduction also, Parasound evolved a brilliant product in the JC2 and created the JC2 BP.

Simply connect the JC 2 BP between your surround processor or receiver’s left and right channel line level output jacks and the input jacks on the power amplifier which drives your left and right front speakers. Your stereo analogue sources will connect to the JC 2 BP so you can listen to your favourite music without compromises to analogue purity that are inevitable when digital processing circuitry is in the same chassis.

When you want to watch movies with digital surround you can simply toggle the appropriate command (either via the remote control or via the units dedicated serial control port) and the left and right front channel signals from your surround processor or receiver will pass through the JC 2 BP as if it wasn’t even there. The JC2 BP enables anyone to enjoy the best of both worlds with perfect analogue stereo and a seamless transition to digital surround.

The pedigree of this unit is unparalleled as it uses the exact same circuit design and topology of the JC2 pre-amplifier, meaning that it has only the best quality of components internally to ensure the purest of reproduction. Internally, clarity of thought in design and application is reproduced in the units 3/8" thick aluminium shielding around the audio boards (shielding prevents noise from power supplies & control circuits), and this is followed through with separate output jacks for simultaneous normal & non-inverting polarity - and it ultimately benefits vastly as well from the direct DC servo-coupled design - so there no capacitors in the signal path. The JC2 BP also benefits from a high capacity R-core audio power transformer & inductor, plus for extra linear performance it also features hyper-fast soft recovery audio bridge rectifiers diodes.

The JC2 BP is best option for any dedicated project that wants to bridge the multi-channel and two channel divide, without compromising sonic performance - and for those who want that expansive performance coupled with clever 'real world' adaptability.

The Parasound Halo JC2 BP is available in black and silver finishes - please specify on order.